On a recent Saturday evening in Winchester, the Hastons invited the Pleachers and three other couples over for a barbecue and a round of Monopoly. After dinner, the board was set up, and all five couples voted to play as teams. 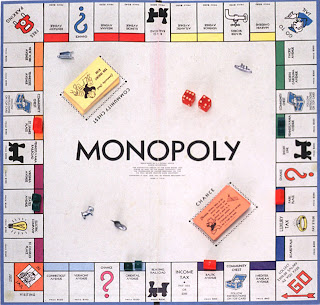 When all the property was bought and all the trading finished, each team owned two complete blocks of property with not a single odd property left over. (The railroads and the utilities are each considered a block of property).


From the clues given, can you name the couples, name the blocks of property each owned, and rank them in order from winner to loser?